Rooftop bar & restaurant TOPO Chiado in Lisbon can be found at a surprising location: behind the ruins of convent Convento do Carmo 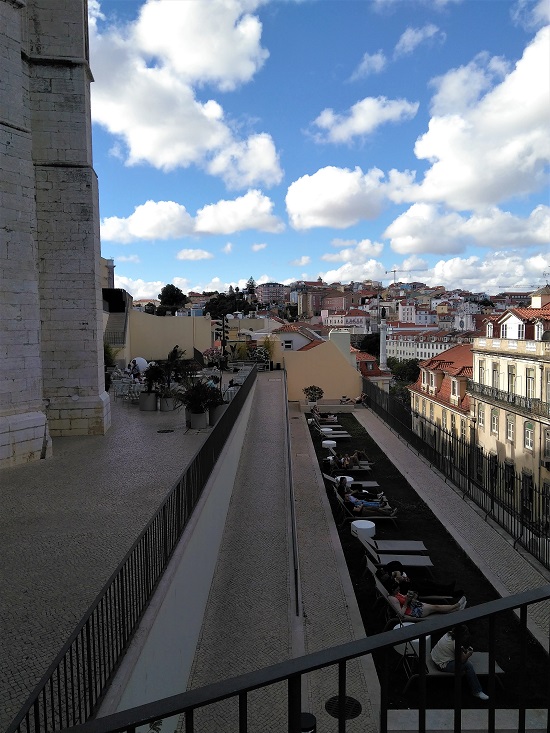 The terraces around the Carmo church are a bit hidden in the center of Lisbon, between two historical monuments : convent Convento do Carmo and  Santa Justa Elevator, both very popular tourist attractions.

10 minutes walk from here there’s TOPO rooftop restaurant & open air bar, located on the 6th floor of square Martim Moniz Shopping Center, with spectacular views of the  castle of Saint George ( São Jorge) and a part of the city. 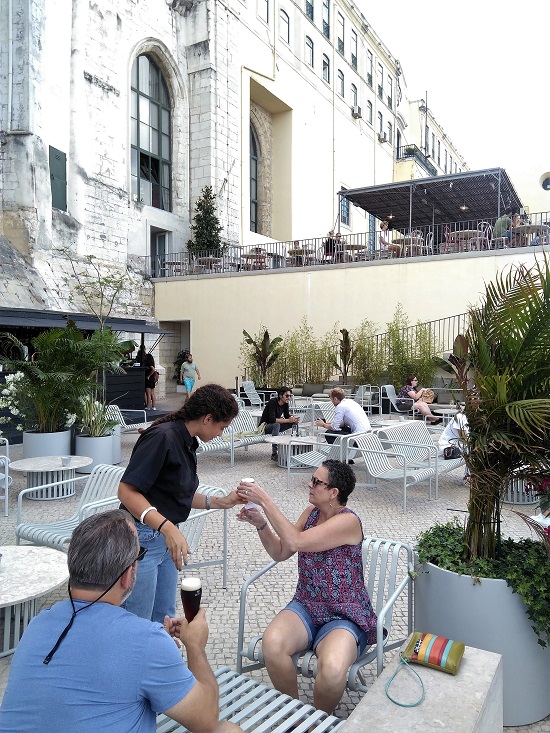 TOPO Chiado esplanade with bar,  and a restaurant on a higher level where dishes are served, like snacks, salades and burgers. 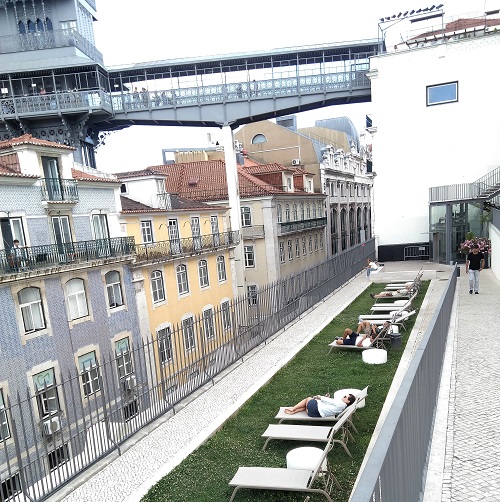 Carmo Convent is an old gothic cathedral that was destroyed by the 1755 earthquake and fire that destroyed much of Lisbon. The ruins represent a memory of that tragedy. 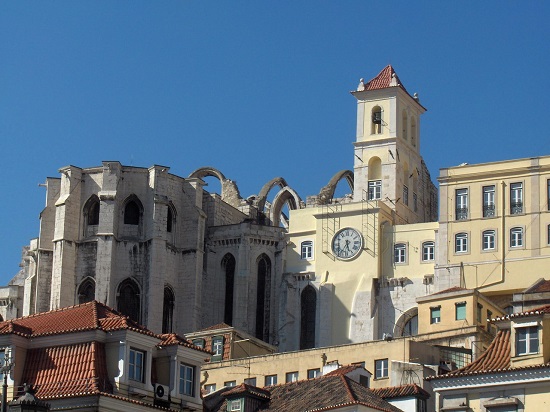 An archaeological museum is housed in the old altar and has an eclectic collection of treasures that include eerie South American mummies.

From 1 – 30 June 2018: The ruins of the Convento do Carmo will be the screen for a video mapping that will explore more than 600 years of Lisbon’s and Portugal’s history (also in English). MORE…

Across from the convent entrance is a monumental drinking fountain (late 1700s).