Popular and legendary tram 28, (eléctrico 28) is a tourist attraction in itself. It goes all around town and you can hop on and hop off. Long lines during the day (from 17:00-18:00 is a good idea!) 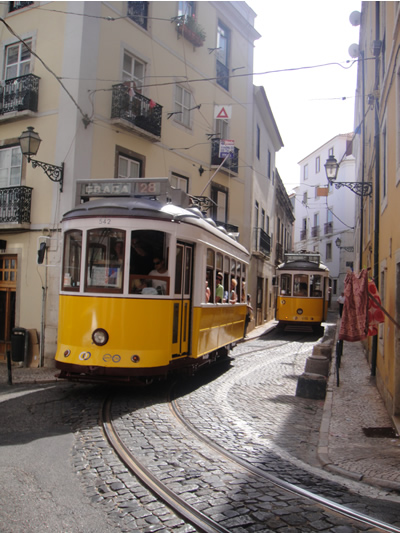 It passes the Saint George’s (São Jorge) castle , one of the main historical touristic sites of Lisbon, the famous viewpoint (miradouro) Portas do Sol (Gates to the sun) and the legendary fleamarket ‘Feira da Ladra’  in Alfama, Graça, Mouraria, Bairro Alto, (Lisbon’s bohemien haunt of artists and writers, and posssibly one of the best spots in Europe for a night out). Last stop: Cemetery ‘Prazeres’ (Cemetery of ‘Pleasures’), really worth a visit! 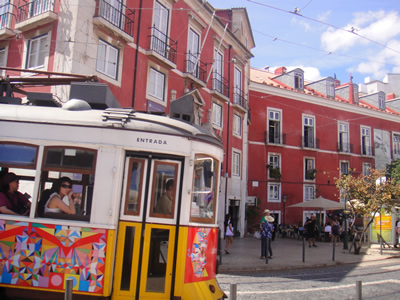 Famous viewpoint & tourist attraction,  on the background Museum of Decorative Arts, really worth a visit! 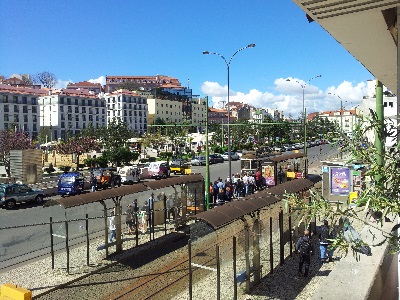 Tram 28 is very popular with tourists & prime pickpocket territory! Take care! Leave your bag in the hotel/apartment, just take some money with you in your pocket ! 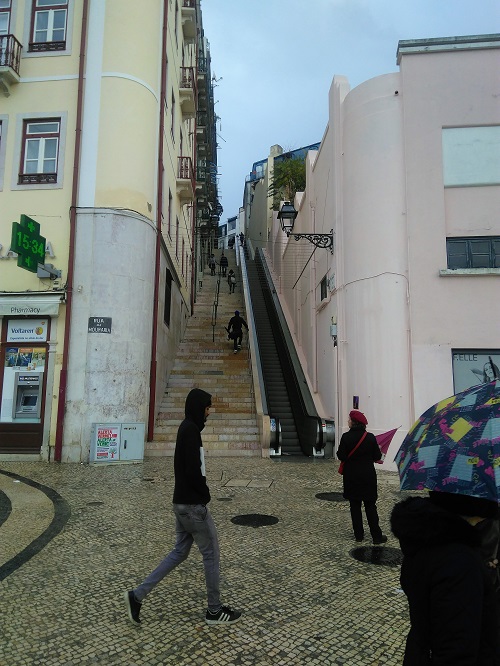 Hop on hop off

Buy the 24-hour ticket that will allow you to hop on and off whenever you want on all trams, buses, and subway lines. 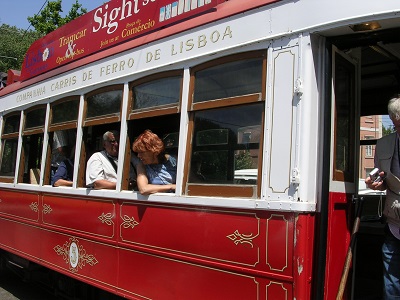 The number of tourists has been increased since a few years, which means tram 28 route is mostly fully packed.
–
The RED TRAM is the official sightseeing tram, which covers the same neighborhoods, a ticket is more expensive, but you’re always guaranteed to have a seat.
–
Starting point & tickets : square Praça do Comércio
– 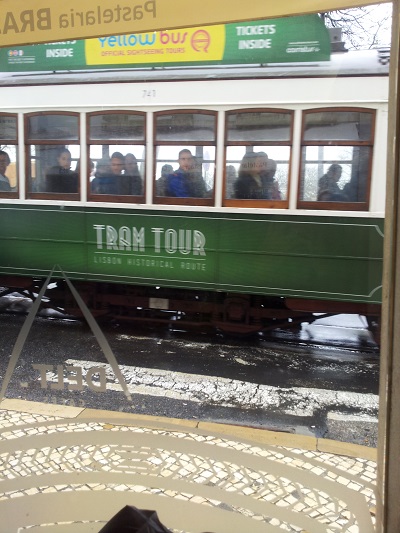 The tram departs from Praça da Figueira and passes Lisbon’s oldest Cathedral Sé de Lisboa, famous viewpoint Portas do Sol, near the Castle (Castelo) of Saint George, through the streets of historical areas Alfama and Graça

There ‘s English and Portuguese tour commentary without the need for headsets.

Alfama. Tram 28 is increasingly as popular with pickpockets as it is with tourists.

The average intervals between each one is 15 minutes and the entire trip takes between 40 minutes and one hour (at a maximum speed of 50km per hour). All stops vintage tram 28

Besides: a free ride, tram 12 Mouraria

If you like walking and splendid panorama views:  start from Praça da Figueira, where the metro stops or from Praca Martim Moniz, then walk up Calçada dos Cavalheiros to Largo do Terreirinho. This is where the Mouraria neighbourhood starts. 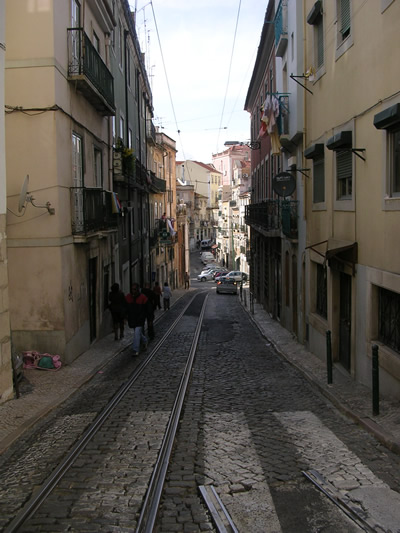 Then you turn left and continue your voyage up the steep street Calçada da Graça. Just before arriving on Largo da Graça, you will find Miradouro da Graça on your left hand sight. You can’t miss it.

Sit down, have a bica (coffee) and enjoy the wonderful view over the city, the 25th April Brigde and the Cristo Rei Monument 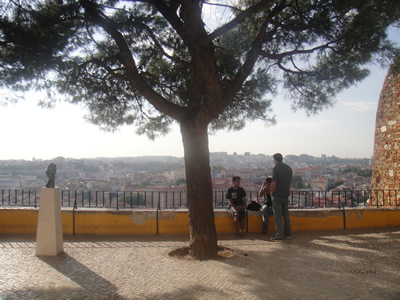 Near this viewpoint you’ll find the Graça Church

built in 1271 with Baroque interior and 17th century tiles