It’s not only the privileged location on a beach between Lisbon and Cascais, that justifies a stop at this restaurant. The quality of the cuisine is essential, which has fish and seafood as a specialty.

On the background: Cascais, a favourite tourist destination in Portugal, ca. 30 km from Lisbon, easy to reach by train from station Cais do Sodré).

This region is also a popular surf spot .

The term “picanha” (pea-kan-yah) derives from the word “picana”, which was a pole used by ranchers in the southern parts of Portugal and Spain for herding cattle. This herding technique was then taken to Brazil by Portuguese emigrants and eventually the term “picanha” was adopted to refer to the part where the cow was poked by ranchers.  Source: Wikipedia 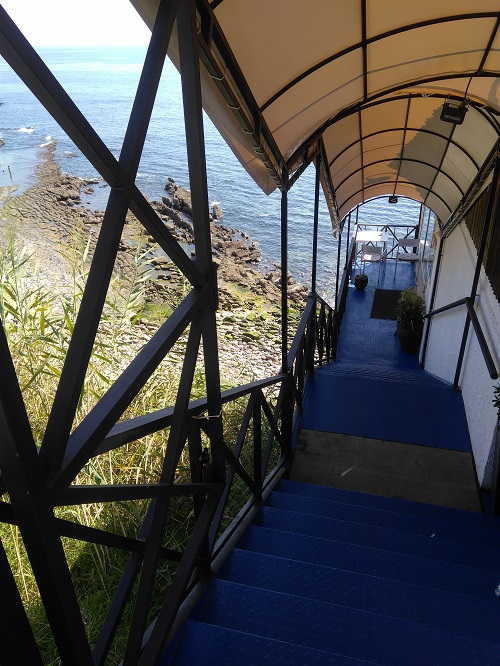 Restaurant Atlantic Grill near Cascais & entrance to inside dining

How to get there

By car: Bafureira beach is about 20/30 minutes away from the center of Lisbon. Go along the “Marginal” (the name of the road), in direction to “Cascais” . About half way across the “marginal” there’re signs to “S. Pedro do Estoril‘. Free parking near the restaurant for approx. 200 cars.

Praia (beach) Bafureira is very small, surrounded by cliffs and accessed by a narrow staircase from the upper parking lot.