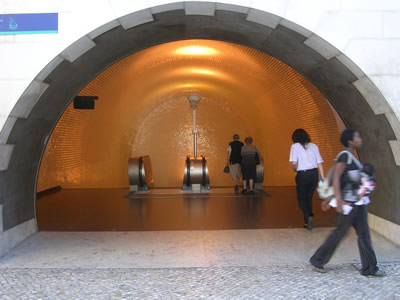 This metro station has an entrance in the Baixa city center as well as one at a much higher level in the Chiado district, linked by a series of escalators. 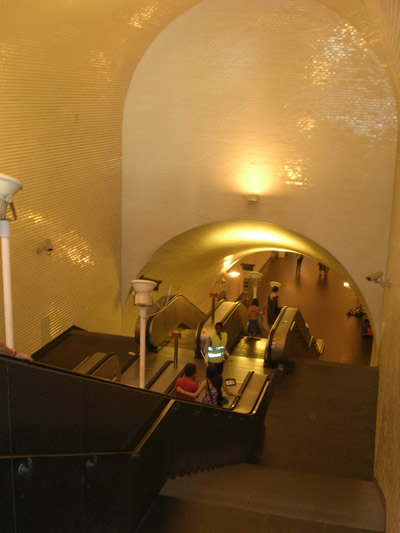 Instead of walking (hundreds of stairs from Baixa to Chiado), an alternative and free way is to use the escalators inside the metro station, reaching the Chiado district ca. 5 minutes later.

Of course, walking is also interesting…..  🙂

Also including a special section on subway art of Lisbon Metro stations with stunning examples of contemporary azulejos (Portugues tiles). 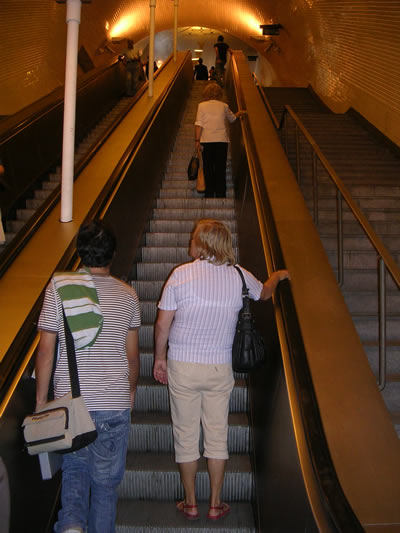 Escalators up to the Chiado district. 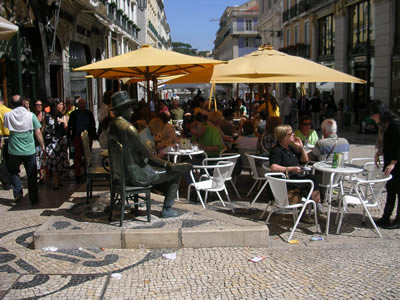 Cafe ‘A Brasileira’, Largo do Chiado, near the entrance of the Chiado metro station.