Fado is a part of the culture in Portugal and many Portuguese have the idea they can sing just as wonderful as Carlos do Carmo or like the legendary Amália Rodrigues, Queen of fado, Lady of Lisbon.. 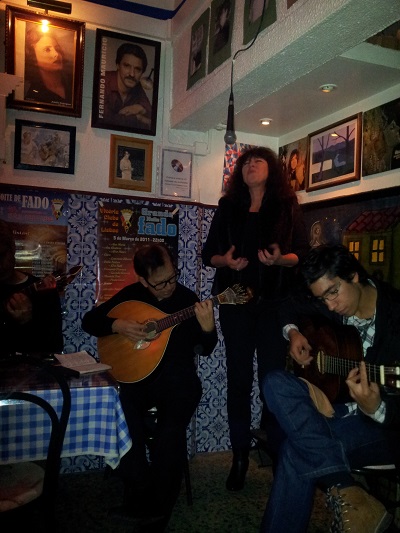 Fadista (fado singer) Henriquinha Maria (Hendriktje Ruiter, born and professionally trained in Holland) is a very talented singer living in Lisbon. She really loves it to sing the fado; now she’s becoming famous in Portugal due to a Fado song contest on Portuguese TV. 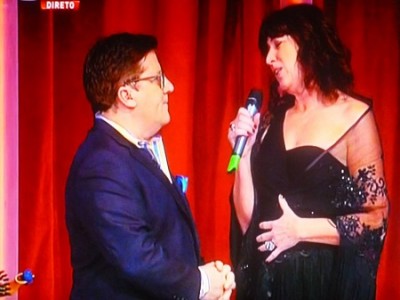 Dutch singer Hendriktje Ruiter participated in a Fado talent show on Portuguese TV. After two rounds she won enough points to perform in the semi-final of this song contest in May 2015. 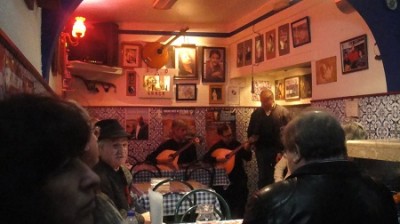 In the old neighborhoods of Lisbon there are local bars or tascas where everybody can sing fado (max. 2 songs). Even you, if you might like it! 😉 …. In this setting only the guitarists are paid to accompany the singers.

In case you don’t understand the Portuguese language: when the light is dimmed, it means that ‘silence is asked because fado is going to be singed” …

The Portuguese have a lot of respect for the performers who like to express their emotions. You can enjoy a fado singer who sings so beautiful it will give you goosebumps, followed by someone who think he or she is a really good singer…..

Or, as Tasca do Jaime’s neighbors Mike and Alice described on their blog: ‘ It’s a very authentic little cafe bar in our neighborhood. The fado heard there can sound like dying cats or divine song..’ 😉

Seven years ago I wrote about this Tasca, but now the atmosphere has changed. The décor is really nice and authentic but the wine and petiscos (tapas) are overpriced: we paid about € 20 pp.  A small plate of ham and cheese or pasteis (pastries) and a jarro (garafe, ca. 3 glasses) filled with not the best quality of Portuguese wine 🙁   are obliged (on fado afternoons between 16:00 to 20:00). If standing at the counter or on the sidewalk watching pass the electric tram 28, has no such obligation.

Anyway, the performances of the guitar players and the fado singers were very good that day!